New life for an old Camp In the 1970’s Norman Carr, conservation visionary and pioneer, was operating walking safaris in the
Chibembe area of the Luangwa Valley. It was, and still is, a very rich wildlife area but it becomes inaccessible after the first rains and Norman needed a green season base.

Long before he built Kapani – his final Luangwa camp, Norman set up his rainy season home at Chinzombo – named after the ubiquitous oncoba spinosa – fried egg plant or snuff-box tree.

The 80’s and 90’s were dark days for the Luangwa Valley – Norman and his fellow conservationists saw the signs of the decimation of the elephants and the annihilation of the black rhino and began fighting to stop the slaughter.

The elephants hung on – partly due to anti-poaching efforts – and partly due, some say, to the fact that all the tuskers had gone and only youngsters and tuskless animals were left. They are now thriving, but the rhino disappeared completely leaving only silence and the reproach of the un-browsed chipembele thickets.

Norman had given Chinzombo Camp over to Save The Rhino Trust (SRT) as a base and an income generator for the charity’s desperate work. Tragically – by the end of the 90’s the last rhino was just a memory and by the start of the 2000’s Chinzombo started to fall in to disrepair and into the river (through erosion). For a few years – the Chinzombo story faltered and seemed to be coming to an end until Norman Carr Safaris welcomed some new investors who enabled the company to buy the camp back from SRT. These funds helped to pay for the final translocation of black rhino in to the thriving North Luangwa Rhino Re-introduction Project and so the story reignited – Chinzombo and the SRT contributed in a meaningful way to black rhino in the Luangwa Valley.

There is now a brand new camp at Chinzombo and a number of new baby rhino born in the North Park….. two new beginnings.

The new ‘wildly luxurious’ Camp has just 6 beautiful spacious villas – one of which is designed for families. The camp is a unique blend of modern sustainable design with a respectful nod to its past. Combined with the remote and rustic Norman Carr Safaris bushcamps, it is a great place from which to explore the grandeur of the Luangwa Valley.

Set on the banks of the Luangwa River, Chinzombo Camp has a certain magic. Perhaps it is the huge ancient shade trees where bush buck and elephant wander in dappled shade or the echoes of the camp’s history; the joys and the losses. There’s a strange, but not unpleasant feeling of disorientation as the Luangwa makes an immense meander and turns completely back on itself so that the camp faces east and the river runs north – the river is in front of you with the park on the other side – how can that be when we know the Luangwa flows southwards and forms the eastern boundary of the South Luangwa National Park?

I always feel just a little bewitched when I am there. 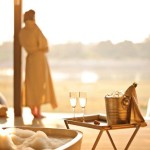 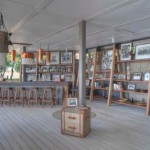 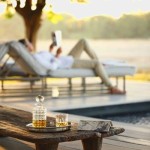 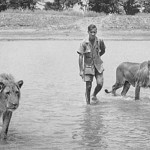 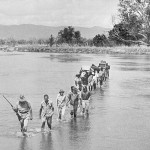