By African standards, Zambia is well-known ornithologically. So far 740 species have been recorded here.

To a large extent Zambia’s avifauna is that of the Central African Plateau. The vegetation is principally miombo woodland, bisected by grassy dambos along drainage lines. In some areas the miombo woodland is replaced by other woodland types, dry forest or thicket. Along watercourses there may be riparian forest, or in wetter areas in the north, wet evergreen forest. Most of these habitats have a distinctive set of birds.

Zambia also has low-lying valleys. These include the Luangwa and Middle Zambezi Valleys and the country between Lakes Tanganyika and Mweru. A number of birds found in these areas are different from those occurring at higher altitudes.

A very small part of Zambia has montane altitudes. The avifauna here is quite different from that of the rest of the country and includes several species with very limited ranges.

Codes used are: (E)Endemic (found only in) to this habitat. (m) Established migrant, (n) (s) (e) (w) Found only in northern/southern/eastern/ western Zambia.

According to criteria established by Birdlife International, the following birds recorded in Zambia are threatened: 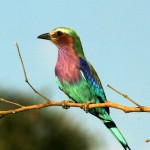 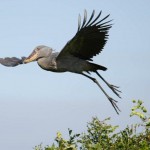 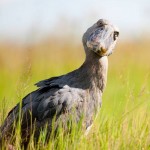 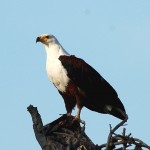 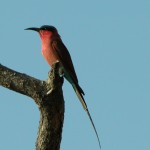 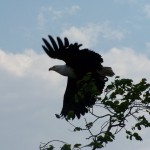 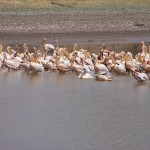 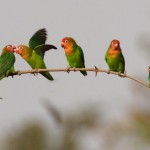 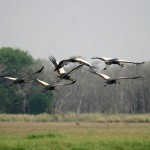 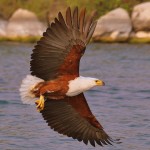