ACCOMMODATION AROUND THE GREAT NORTH ROAD

The Great North Road is one of the biggest if not THE biggest route in Zambia. On the border between Zambia and Zimbabwe, the road runs north from Lusaka all the way through Kabwe and Kapiri Mposhi, and eventually veers right towards Serenje, Mpika, Kasama, Mbala, and finally to Mpulungu.

In the centre of Lusaka, the Great North Road is known as Cairo Road, which not only became the city’s business and commercial mecca but the busiest thoroughfare in the country. When the Chirundu Bridge was opened in 1939 connecting Harare and Lusaka – the Great North Road was established.

The Great North Road has two known routes that run between the town of Lusaka and the Zambia-Zimbabwe border. One route is referred to as the South-Easterly route which is now the new famed route, whereas the other route – also known as the ‘old route’ – is now known as the South-Westerly Route.

The original route starts at Livingstone and passes through Zimba, Kalomo, Choma, Monze, Mazabuka all the way through to Kafue. The ‘new route’ (South-Easterly route) starts at the Chirundu Bridge and leads directly to Kafue.

Passing through most of the main towns and some smaller towns, the Great North Road can take you on a multitude of adventures. Each town has an abundance of accommodation options from which you can choose, so pack your bags and get ready to explore the endless possibilities of this one road, the Great North Road.

Please note that “Rates From” could be fully inclusive (may include activities such as game drives and walking trails for example) on some listings and not on others. Contact the establishment you are interested in for specific rates. 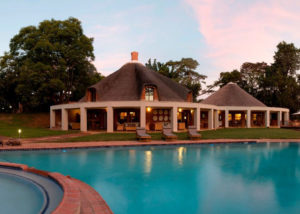