With a population of less than 15 million, Zambia comprises an amazing 72 ethnic groups, most of which are bantu-speaking. About 90% of the population fall into 9 major ethnolinguistic groups: the Nyanja-Chewa; Bemba; Tonga; Tumbuka; Lunda; Luvale; Kaonde; Nkoya; and Lozi.

Zambia is also home to a thriving Asian community, predominantly of Indian and Chinese origin, numbering around 100,000, as well as a number of European expatriates, some of whom were invited to settle in Zambia by the local government having been cast off their farms in neighbouring Zimbabwe.

All this makes Zambia home to a vibrant mix of cultures, traditions and peoples, and Zambia is also widely-considered to be one of the friendliest and most welcoming nations in the world.

Zambia’s contemporary culture is a blend of values, norms, material and spiritual traditions of more than 70 ethnically diverse people. Most of the tribes of Zambia moved into the area in a series of migratory waves a few centuries ago. They grew in numbers and many travelled in search of establishing new kingdoms, farming land and pastures.

Before the colonial period, the region now known as Zambia was the home of a number of free states. Each having comprehensive economic links with each other and the outside world along trade routes to the east and west coast of Africa. The main exports were copper, ivory and slaves in exchange for textiles, jewellery, salt and hardware. read more 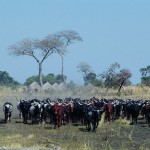 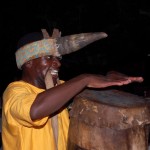 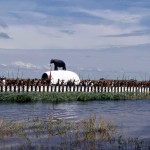 There are more than 20 annual traditional ceremonies in Zambia, manifesting customs, social life, rituals, oral history, material and spiritual culture. If you have the opportunity to attend one, it is well worthwhile to do so. They provide a valuable insight to a traditional culture that has been passed down from generation to generation.

The decline of traditional customs and culture has been brought about by the infiltration of the west and western ways and the melting pot of various tribes living in the same areas. There has recently been a realisation of the value of traditions and a conscious effort is being made to preserve them. read more

With over 70 different tribes in Zambia, there is wide cultural diversity. Interestingly enough however, it is one of the few countries in Africa with very little tribal animosity, and the existence of so many tribes has proved less of a political problem than in many other African states. The main tribes are the Lozi, the Bemba, the Ngoni, the Tonga, the Luvale, the Chewa and the Kaonde. read more